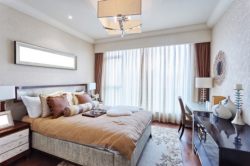 To be honest right from the outset, this is the first hotel we have ever stayed at in London, so we are comparing our experience to other European hotels.

The rooms are quite small, which is the standard in Europe so that wasn't such a big deal. What we did have issue with was the following:

1. The electrical sockets were loose and many did not work. There are actually no sockets near the bed which means you have to charge your phone on the desk rather than the nightstand.

2. The free wifi is so painfully slow that there is really no point in offering it.

3. The bed is so hard that you get backaches, and the sheets and pillows are extremely low quality.

4. The bathroom shower constantly flooded due to poor drainage.

5. The bar area is super dated and uninspired.

6. The breakfast was rather expensive - despite what other travellers have said.

On the positive side: The locations is super close to the underground subway. There are plenty of bars and restaurants in the area, as well as a couple of supermarkets and liquor stores. The courtyard is also quite lovely, albeit we didn't spend any time out there, we just saw it from our bedroom window.

Transit from the Airport? The best way to get to the hotel from Gatwick Airport is the Express line to Victoria and then to the Piccadilly line to Earls Court.. It costs a bit more but saves you an hour in transit.

Overall, this was a fairly average experience and not one we would eagerly return to. The price has to be really good to make it worth staying at this hotel.