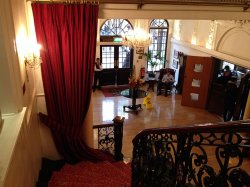 My travel agent gave me a choice between the Millenium Baileys and the Millenium Gloucester next door. She said that the Gloucester was more modern. I didn't want to sell myself short by losing out on the true London experience, so I opted for Baileys. It's located steps away from the Gloucester Road Underground Station, a Tesco (convenience store, kind of like a 7-11), a handful of pubs, and one of the double decker tor stops. A marvelous location!

Based on it's architecture and layout, the Baileys seems to be a converted apartment building. It has the beautiful black iron railings, window planters, brick exterior, and intricate molding that is so uniquely London. From the momeny my cab pulled up, a doorman was there to immediately grab my bags and open the door for me. The receptionist gave me a few suggestions on places to eat and shop. She also handed me a few brochures for the Underground system and the bus tours. Score!

The room itself was the most spacious (approx. 300 sq. ft) that I had in my three-country tour of Europe. We paid 20 pounds per night to upgrade to this larger room and it was worth it. There was a queen sized bed, a desk, and lots of drawer space. There was also a very spacious closet. The window was propped open with a bent toothbrush, which I thought was pretty funny. I brought the wrong plug adapter (mine only worked for all other countries in Europe except England) but thankfully, the room had one American plug - whew! Thanks Brits! We Americans must do this all the time...

Even the bathroom had personality - a ceramic pedestal sink, a narrow raised bathtub with attached shower head. I seriously had to learn how to flush the toilets in Europe - they have levers that release water as long as they are being pressed, so you have to sit there holding the lever for a few seconds, which is a bit awkward.

The lobby of the Bailey's is connected to a lounge that featured nightly live music. There was a jazz band when I was there. I never ate in the lounge because it was pricey, but it's nice to have the option.

It's also quite affordable. It's priced like a 3 star but feels almost like a 4 star, especially because of the service. I never had to lift a finger while I was there, not even to open my own door to enter or leave the hotel. And the fact that they're across the street from the Underground gave my husband and I the confidence to explore all over London until 12:30am (when the underground stops running). 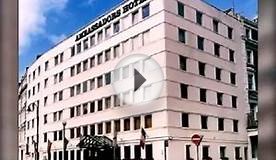 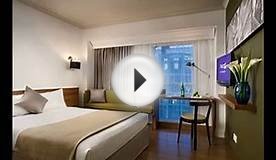 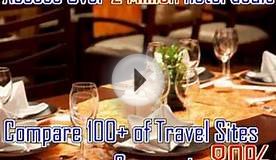 VibeAgent.com is a new online resource for travelers to research and book
hotel accommodations. It is the first and only site that combines
user-generated hotel reviews, meta-search, and social networking to provide
its users with free personalized hotel recommendations and booking at the
best available rates.

This week’s show sees Alex turn her attention to the Rutland Arms Hotel in Bakewell, Derbyshire. Set on the edge of the Peak District, the hotel enjoys high occupancy rates during the summer months, but poor organisation, bad reviews and an absence of visitors in the winter have pushed 68-year-old owner David to the brink of financial ruin.

Excelloz is an online travel agency and community website operated by Excel World Travel Co, Ltd. It lets people make hotel reservations for a wide selection of hotels in Asia, Oceania and Europe. Excelloz.com can look back on many years of experience as a traditional travel agent. Based in Thailand, Excelloz is specialized on the Asian region...